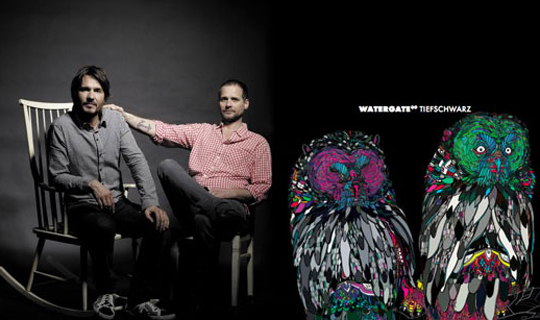 Modernsoul authors Tiefschwarz are being announced to be next to mix the Watergate compilation, which is named after the famous club in Berlin. Tiefschwarz will be resposible for Volume 9 of the Watergate series that features cutting edge house and electro tracks mixed by the Schwarz brothers.