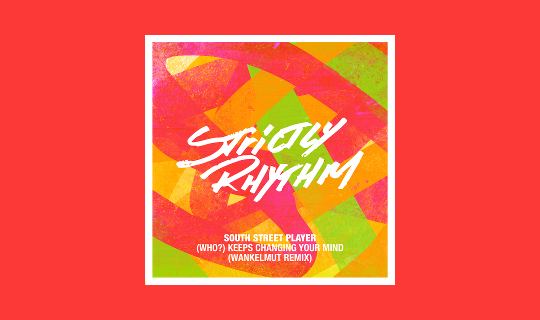 Legendary New York-based imprint Strictly Rhythm has provided a constant flow of on-point and forward thinking house sounds since its creation by Mark Finkelstein and Gladys Pizarro in 1989. Responsible for some of the largest and most influential house releases of the last three decades, they now open up their vaults to some of the best artists in the business, who’ll be injecting new life into past releases, with an array of remixes and re-rubs of some of their most famous and sought after back catalogue.

Wankelmut puts his own take on South Street Player’s classic 1993 cut, (Who?) Keeps Changing Your Mind. Putting a groove-infused, angular 4/4 feel on the track, he adds a heavy helping of swing and chunky undertows, which work hand in hand with the soulful tones of the original. There’s no doubt that this certified bomb will turn the clubs on their heads, peak time sounds to get the crowds moving!