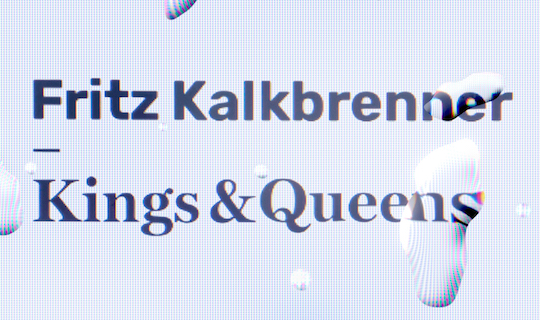 After his recent top ten albums in Germany („Sick Travellin'“ in 2012, „Ways over Water” in 2014 & „Grand Depart” in 2016) and his underground epos „Drown” (2018) Fritz Kalkbrenner took a long break in his Berlin studio to create new music. With the title „True Colours” his sixth studio album is now scheduled for release in spring 2020 on his own label imprint „Nasua Music”. As a forerunner „Kings & Queens” the debut single from the album will be out in October 2019 with all the signatures of a classic Fritz Kalkbrenner hit-single. With his production work Fritz Kalkbrenner is delivering a quality backing track in fine style using his trademark electronic music formula adding additional charming vintage elements without sounding cheesy or old-fashioned. Again, it is his distinctive and emphatic vocal delivery giving us goosebumps similar to his big tunes like „Sky and Sand” or „Back Home”. The new and promising song is quite catchy with a slight melancholic undertone focusing on an important social and caring identity in current difficult times.