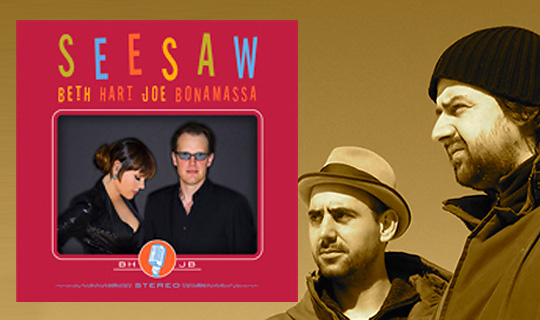 The album „Seesaw“ of Beth Hart & Joe Bonamossa is nominated for the Grammy for best Blues Album of 2013. The album contains a cover version of the Modernsoul-published song „Close To My Fire“, originally written, composed and performed by producer-duo Slackwax and Steffi Popp.