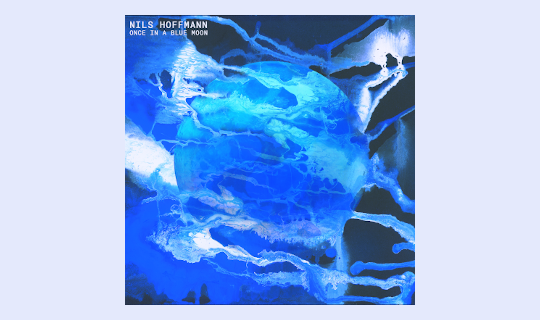 Fondue Music artist Nils Hoffmann’s debut album „Once In A Blue Moon“ is the fruit of a 3 year labor; leading and shaping the artist just as much as he does the music. This the story of that journey, a collage pieced together through time. Nils shares his perspective, “All in all this album is in its entirety how I wanted it to be and how a good album should be in my opinion. It’s not very effective to release an album in the times we live in, so when I do an album I want it to be as personal and as magical as possible. An album that decides itself when it’s ready and takes its time until not every missing piece of the puzzle is there. Something special. Something that happens 𝑜𝑛𝑐𝑒 𝑖𝑛 𝑎 𝑏𝑙𝑢𝑒 𝑚𝑜𝑜𝑛.”
„Once In A Blue Moon“ is out now on Poesie Musik.