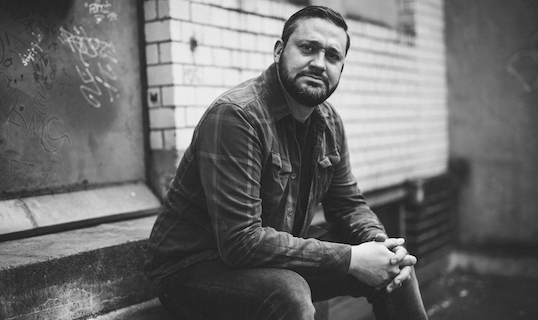 German producer and singer Fritz Kalkbrenner offers an organic, soulful approach to tech-house, incorporating lush arrangements filled with acoustic instruments as well as his own rich, passionate vocals. He grew up listening to hip-hop, while his older brother Paul was driven toward techno and dance music. It wasn’t until 1997 that Fritz finally fell in love with techno, and began frequenting Berlin clubs such as Tresor and WMF. Shortly after his brother had begun his career, releasing singles and albums on Ellen Allien’s revered BPitch Control label, Fritz’s warm vocals began adding an emotional heft to tracks by minimal techno producers such as Sascha Funke and Alexander Kowalski. His career didn’t truly take off until 2008, when he collaborated with his brother to produce „Sky and Sand,“ the title song for the tragicomedy Berlin Calling (directed by Hannes Stöhr), which starred Paul in the lead role. The melancholy yet anthemic track was released as a single in 2009 and became a major hit throughout Europe, selling over 200,000 copies and spending 129 weeks on the German singles chart.

Fritz then launched his solo career, signing to Chopstick & Johnjon’s Baalsaal Music for the release of his 2009 EP Wingman, then the duo’s larger label, Suol, for 2010 full-length Here Today Gone Tomorrow. While his vocals were still prominent, the album was much more of a showcase for his expansive production style, filled with airy guitar licks and relaxed, nearly tropical rhythms. His first mix CD, 2012’s Suol Mates, focused on his hip-hop roots as much as his passion for house music. Sophomore full-length Sick Travellin‘ arrived later in the year, boasting a greater presence of live instrumentation than his debut. In 2013, Fritz collaborated with his brother as well as composer Florian Appl for the soundtrack to another film by Hannes Stöhr, Global Player, combining techno and house with dramatic orchestral arrangements. Fritz further expanded on this direction with his subsequent solo full-lengths, 2014’s Ways Over Water and 2016’s Grand Départ. In 2018 released his fifth album, Drown, which surprisingly stripped his music of vocals and grandiose arrangements, instead focusing on pure, atmospheric house rhythms.