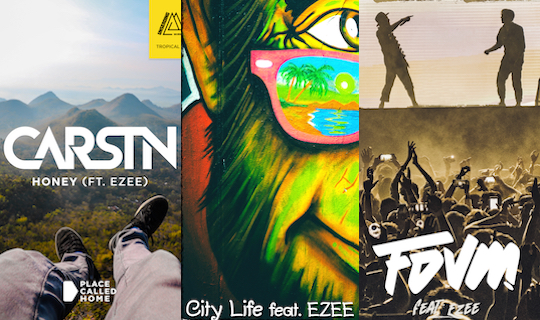 Modernsoul singer & songwriter EZEE looks back on an exciting year 2019 so far. In April she released her first own single and was part of many writing sessions. The hard work pays off. In June three singles were released which she wrote together with French producer duo FDVM, German up-coming artist CRSTN and the Cologne DJ/Producer Cotone and were sung by herself.